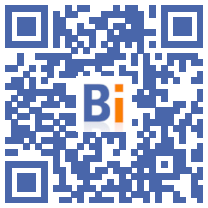 The banking group BPCE inaugurated on Wednesday September 21 two new office towers designed by the star architect Jean Nouvel and located in the south-east of Paris, near Ivry-sur-Seine, a rare event in a capital of more more reluctant to high-rise buildings.

Several floors of each of the east and west "Duo towers", respectively 180 and 122 meters high, are now occupied by employees of the bank, which brings together the Banque Populaire, Caisse d'Épargne and the "global financial services", which absorbed the activities of the former Natixis subsidiary. The west tower also houses a hotel-restaurant.

The approximately 90.000 square meters of offices will eventually be able to accommodate 9.000 employees, explained during a press visit the chairman of the executive board Laurent Mignon.

But not at the same time, since the asymmetrical towers, partly leaning, will only have 6.000 workstations, all in "flex office" (when no workstation is assigned to a particular employee, editor's note) at the exception of trading rooms and workstations adapted to employees with disabilities.

The arrival in this new space allows the mutualist group, historically established in the 13th arrondissement of Paris near the Austerlitz and Lyon stations, but also in Charenton-le-Pont, to reduce from 28 to 10 the number of its buildings in Ile-de-France.

All the services concerned will gradually move by the beginning of 2023.

The two towers, whose bill amounts to around 600 million euros, are owned by BPCE Assurances and the real estate subsidiary of the Caisse de depot et placement du Québec (CDPQ) Ivanhoé Cambridge.

The works started in March 2017 were carried out by Vinci.

This complex authorized in 2015 is part of a series of towers validated by the municipal majority of Mayor Anne Hidalgo: the Batignolles courthouse (17th arrondissement, 160 meters) opened in 2018, the Tour Triangle (15th arrondissement, 180 meters ) scheduled for 2026.

The right-wing opposition to Anne Hidalgo, but also her environmentalist allies, castigate these projects, judging them unecological, unsightly and unsuitable for a city already among the densest in the world.

This year, they forced the town hall to revise two projects downwards: one which provided for the construction of two new towers in the same district, the other in the 12th arrondissement (Bercy-Charenton).

And the Triangle Tower is the subject of a judicial investigation by the National Financial Prosecutor's Office for suspicion of favouritism.