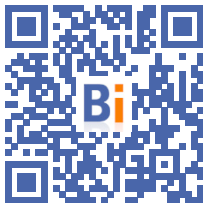 The American actor George Clooney bought a property in Provence, the Domaine du Canadel in Brignoles, the town hall of this commune in the Var confirmed Thursday to AFP.

The estate is home to an 170th century bastide, a pond, a swimming pool as well as a few hectares of vines, in the heart of an area of ​​XNUMX hectares.

"I hope to meet him," UDI mayor Didier Brémond told AFP a few days ago, when the transaction was not yet finalized: but "it will not change his habits for drinking a coffee", he joked, specifying that the town hall had as a supplier a brand of which George Clooney has become the figurehead.

The transaction amount was not sent.

In the Var, the actor will be the neighbor of director and producer George Lucas, owner of Château Margüi and about to finalize a hotel project that the entire profession describes as sumptuous.

It will also be half an hour by car from the Miraval estate in Correns, where the ex-star couple Angelina Jolie and Brad Pitt have owned a bastide since 2008 drowned in 500 hectares, including 50 hectares of vines cultivated in AOC Provence.

The vendors of the Canadel estate are a couple of Australian residents of Monaco, Richard and Diana Wiesener. Aged 80 and former top tax expert, he had put the property up for sale for several years.

Among its 20.000 inhabitants, the municipality of Brignoles already had a prestigious citizen with the German chef Joachim Splichal, based in Los Angeles, who in 2015 acquired the Pourraques estate, since renamed Domaine de Cala, for "California Los Angeles", and classified Côteaux Varois in Provence.