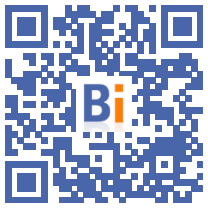 What do the French think of lighting management in businesses and factories? This is the question that Perfesco, the company that builds and finances energy efficiency for professionals, asked more than 9.150 people to find out how lighting management at work was understood.

What about low consumption light bulbs? 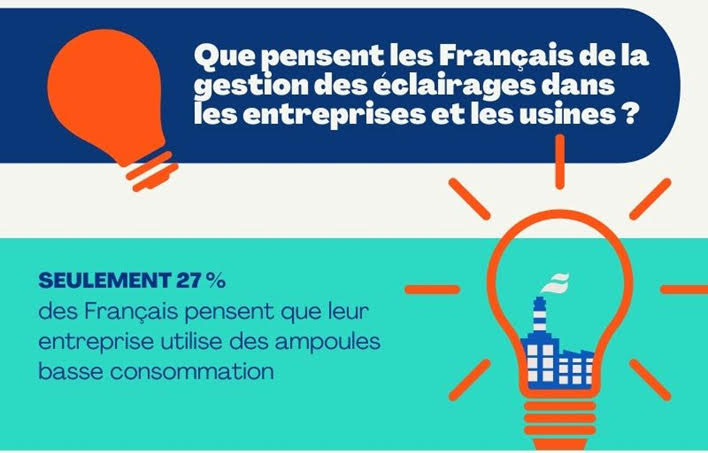 If they are more and more popular with the French in their homes, it seems that the use of low consumption light bulbs in companies and factories is not yet obvious. Indeed, more than 37% of French people declare that in their professional context these bulbs are not used or do not know if this is the case at 36%. Only 27% think that the lights have actually been adapted to be less energy-consuming.

Unoccupied… but still on! 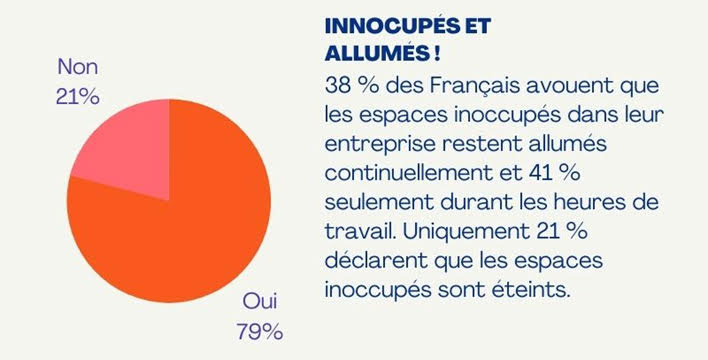 Even today, it seems that very few companies or factories are sensitive to simple actions to reduce their energy consumption. Thus, 38% of French people admit that unoccupied spaces in their company or factory remain lit continuously and 41% only during working hours. Only 21% say unoccupied spaces are turned off.

Depending on the day, the light requirements are logically different. But only 1% of respondents know that their company has implemented a dimming system based on natural light and only 3% in certain spaces. On the other hand, 39% do not know if this is the case and 57% know not.

Switching off: a complicated gesture?

In their homes, the French seem to have good reflexes when it comes to reducing their energy consumption. On the other hand, at work, simple gestures are not at all automatic. Indeed, when they leave a workspace, only 11% of French people turn off the lighting and 19% do so from time to time. As a result, more than 54% of French people don't even think about it. Fortunately, 16% have detectors that do it for them.

Are 71% of companies energy intensive?

At a time when environmental issues are clearly vital, it seems absurd that only 29% of companies and factories have a non-energy-intensive global infrastructure. Thus, 26% of French people believe that their society is totally energy-intensive and 45% moderately.

71% of French people believe that their business is energy-intensive.

We will see tomorrow…

In order to solve this problem and reduce their energy consumption, 7% of companies have already carried out an audit or a procedure and 26% are in the process of doing so. For the others, 38% of French people say that nothing has been done but that this approach is in anticipation and 29% that it is unfortunately not at all topical... 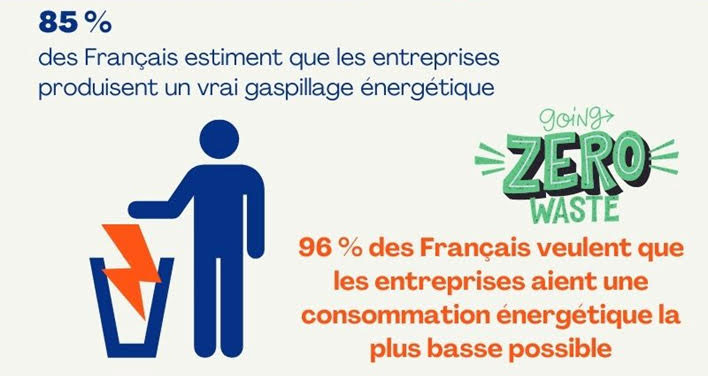 However, the opinion of the French on companies or factories which have a lax or non-existent policy on their energy consumption and which leave their lights on is clear: 85% believe that this is a real waste of energy and 77% it's light pollution. Only 36% think that this practice is necessary for their activity and 22% that it is an additional means of communication.

In addition, to the question "Do you think that all companies should act to have the lowest possible energy consumption?" “, the vast majority of French people are clear: more than 96% of those questioned answer “yes”!

* Methodology: survey carried out among 9 people spread across the whole of France aged 156 and over. Survey carried out online, on the BuzzPress France proprietary panel, according to the quota method, during the period from April 18 to May 26, 4. Breakdown of respondents by company size: 2022% of VSEs, 28% of SMEs, 67% of ETI and 4% of GE. All the information put forward by the interviewees is declarative.