90% of Ile-de-France residents against the "removal" of a lane on the Paris ring road, depending on the region 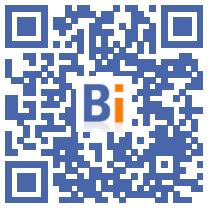 Nine out of ten Ile-de-France residents are opposed to the "removal" of a lane from the Paris ring road after the Olympics-2024, assures LR president of the region Valérie Pécresse, opposed to the City of Paris project, after a online consultation with the results released Wednesday.

The online consultation launched on November 10 ended on Tuesday, collecting nearly 79.000 responses to the following question: "For or against the removal of a lane for all of the ring road?", Managed by the mayor of Paris.

A "very high" participation which "testifies to the strong interest of Ile-de-France residents in the future" of this urban motorway, said the region in a press release.

The mayor of Paris, headed by the socialist Anne Hidalgo, plans to reserve this route for carpooling, public transport or even electric vehicles, in order to make it "a faster route" for this less polluting transport, at the end of the Games. Olympic 2024, during which it will be reserved for participants (athletes, officials, medical staff).

The deputy (EELV) transport David Belliard therefore considers that it will not be "deleted" but "transformed", accusing Ms. Pécresse of "lying".

The results of the consultation - 90,2% against - "show a massive rejection of the project of the city of Paris", says the region, the unfavorable comments pointing "the risk of increased congestion and pollution, the difficulties practices "or" the danger associated with entering and exiting the reserved lane ".

Ms. Pécresse, presidential candidate like Ms. Hidalgo, asks the state to reconsider the Paris ring road "as a regional infrastructure" and asks for "impact studies" before the project is launched.

On the ring road, "40% of journeys are from suburb to suburb and 80% of users are non-Parisians," she recalls.

The town hall announced on Thursday that it would assign the region to the administrative court, ruling that this consultation project was illegal. For Emmanuel Grégoire, Anne Hidalgo's first assistant, "this consultation announcement is the announcement of candidate Valérie Pécresse" in the LR internal primary.

Basically, Mr. Grégoire underlined that the Region and Ile-de-France Mobilités had "financed, with Paris, numerous studies" on the transformation of road axes, and that some of them "proposed the creation of roads reserved for public transport ", and therefore for carpooling, among others.

According to a survey carried out at the end of 2020 by the town hall among 4.000 users of the periphery, a lane reserved for clean vehicles leads to a "very majority rejection", in particular because it is seen as "socially discriminating", while a similar measure for carpooling is perceived with "a certain legitimacy in principle despite questions about the implementation".