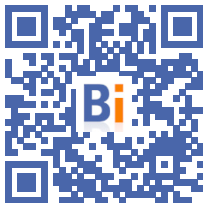 "The impulse of generosity" to finance the work of Notre-Dame "does not dry up", with a little more than 840 million euros in donations collected, announced Wednesday General Jean-Louis Georgelin, president of the Establishment public responsible for reconstruction.

This sum, gathered thanks to French and foreign donors, "makes it possible to envisage the future with confidence", he welcomed in front of the senators of the Committee of Cultural Affairs who questioned him on the evolution of the site and the "transparency" of funding.

He did not wish to specify how this money would be distributed in the financing of the restoration work to which will now tackle several trades and companions, among the most renowned in France. This clarification "will be given when things are well settled with the project management (...) Most calls for tenders for the restoration are launched and the first winners selected", he added.

The schedule of work should be held for a reopening in 2024, reaffirmed the general. On the other hand, those concerning the surroundings of Notre-Dame, its "case", are "the responsibility of the town hall of Paris" and "will probably not begin until 2025", which supposes to rethink "the temporary access to the cathedral for tourists, especially during the Olympic Games ", which Paris will welcome in three years.

Regarding the expenditure for the phase of securing the building, which ended this summer, they were estimated at 165 million euros, "will be held and probably slightly lower", assured the general.

Bad weather, unscheduled work, (limited) interruptions due to the Covid crisis and above all many measures and arrangements related to the fight against lead fumes have caused some delays and additional costs. A final quantified assessment will be announced by the end of the year.