70.000 beneficiaries of the youth engagement contract since its launch in March 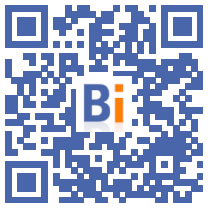 About 70.000 young people far from employment have signed a youth employment contract since its launch in early March, AFP learned on Tuesday April 19 from Pôle emploi and local missions, confirming information from Les Echos.

With a duration of six months to one year and targeted at 16-25 year olds (29 for those with disabilities), the CEJ has taken over from the Youth Guarantee with the same monthly remuneration of 500 euros but more support intensive 15 to 20 hours per week.

They are mainly under 21 years old and 30% live in the Urban Policy District (QPV) or in the Rural Revitalization Zone (ZRR).

Within Pôle emploi, 30% of young people in CEJ receive more than 500 euros in unemployment benefit per month, which seems to indicate that their entry was not motivated by financial reasons but by the prospect of more personalized support. .

While the Youth Guarantee was only operated by the local missions, the CEJ can also be assumed by Pôle emploi, which has dedicated 1.660 advisers who can each support a maximum of 30 young people.

The contract concluded between the young person and his referent adviser must provide for "sustained and regular activity" (in particular through workshops, immersions in the company, training, social actions) aimed at directing the young person towards employment or 'alternation. According to Pôle emploi, this follow-up is gaining momentum and is around 15 hours a week.

The CEJ wants to be "an open right" without limits, but the government estimates that it could concern 400.000 young people per year.

If Emmanuel Macron is re-elected, he has indicated his intention to refound the RSA by drawing inspiration from the CEJ.