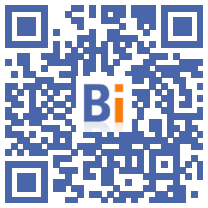 The magazine 60 Millions de consommateurs calls for better training of energy performance diagnosticians, after having tested them on several houses and found substantial differences from one professional to another.

The energy performance diagnosis (DPE), which classifies dwellings from A to G according to their energy consumption and their impact on the climate, is compulsory in dwellings intended to be inhabited.

Between 2023 and 2028, the lowest ranked accommodation will be gradually banned from renting. The objective is to encourage their renovation, the use of buildings representing a fifth of greenhouse gas emissions in France.

For its test, carried out in February and March 2022, 60 Million consumers joined forces with the owners of four houses, in Toulouse, Corbeil-Essonnes, in the suburbs of Bordeaux and in a village in Haute-Garonne.

Each owner called on five different diagnosticians and the magazine also called on an independent expert.

However, the DPEs carried out include “mistakes in shambles”, underlines Fanny Guibert, head of section at the magazine, with sometimes differences of two categories from one to the other.

Erroneous construction date, number of doors or windows incorrectly assessed, forgotten heat pump... "On the data part, the diagnosticians are not doing a good enough job", she judged.

Since July 2021, the criteria for DPEs have changed and these are now enforceable, i.e. it is possible to take legal action if they contain errors.

The substantial changes brought about by the reform in the classification of certain dwellings had led the ministry to make hasty corrections in the fall of 2021.

"We checked the dates of training of the diagnosticians who carried out the DPEs, and often they were prior to the reform", noted Virginie Potiron, lawyer at 60 Millions de consommateurs.

The magazine, which addressed the Ministry of Ecological Transition, whose housing is part of the attributions, therefore calls for better training of professionals.

"Yes, we have to better standardize, to better supervise, first of all so that there is less fraud", replied Minister Amélie de Montchalin questioned on this subject on France Inter.

"We have done a lot of standardization and control work. And so on this subject, there must indeed be much more homogeneous practices," she added.