5th EWC period: the Government specifies the changes in the bonuses 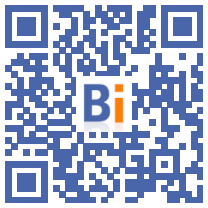 After in-depth consultation with all stakeholders (energy companies, EWC delegatees, building and industry professionals, consumer associations and the fight against precariousness, etc.) which continued in February and March 2021, the Ministry of Ecological Transition specifies the changes in the bonuses ("boost") of energy saving certificates (EEC).

According to the government, the adjustments to the draft texts submitted for consultation at the beginning of February will make it possible to quickly end the “€ 1 offers” while sparing a pragmatic transition for professionals and consumers, in particular by temporarily keeping a “boost” for the insulation of the attic.

A decree defining the main bonuses is published today

Energy saving certificates (CEE) constitute one of the main instruments of the energy demand management policy implemented by the Government and today represent around 4 billion euros of incentives to energy savings every year.

In anticipation of the next EWC period (2022 - 2025), certain changes in the various bonuses (also known as "boost") had been submitted for consultation on February 9 and were the subject of a phase of consultation with all stakeholders: energy companies, EWC delegatees, consumer and energy poverty reduction associations, building and industry professionals.

Indeed, one of the objectives for the next period is to strengthen the general efficiency of the EWC system, by limiting to 25% of the total volume of the obligation the share of bonuses and "boost", bonuses which increase. certificates granted for certain operations in order to encourage their development. The bonuses will thus be refocused on actions which pursue a reinforced decarbonization objective, a social objective or which are accompanied by performance guarantees.

This is why the bonuses for replacing fossil-fueled heating (fuel oil and gas) with renewable energies and the bonuses for the efficient renovation of housing have been extended until 2025.

Conversely, the "nudges" for the installation of high performance gas boilers and "high performance electric heaters" will stop on July 1st. Similarly, the "boost" for the insulation of the attic will be reduced on July 1, in order in particular to put an end to the "offers at 1 €", which despite their benefits in terms of massification of energy renovation have shown their limits. .

In order to allow the market to gradually orient itself towards energy renovations towards more ambitious renovations, several modifications were planned at the end of the consultation:

The finalization of the general framework for the fifth EWC period should be the subject of a decree to be published in the coming weeks. The Government will soon announce the decisions it adopts on this subject following the consultation phase.

The decree can be viewed on the Legifrance website here:
https://www.legifrance.gouv.fr/jorf/id/JORFTEXT000043378689