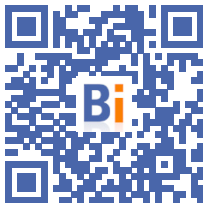 While the draft decrees and decrees relating to the 5th period of the energy saving certificates (EEC) system were sent on February 1, 2021 and these provisions will be definitively adopted at the end of March, the Confederation of Artisanat et des Petites Entreprises du Bâtiment (CAPEB) deplores the lack of clarity and consistency of public energy policy.

According to the CAPEB, certain provisions relating to the development of several “Coup de Pouce” operations risk creating sudden breaks in the understanding of the aid measures for the energy renovation of buildings on the one hand, also in terms of the year. activity on the other hand. Finally, CAPEB regrets that the simplification of the system announced by Minister Emmanuelle Wargon is still not on the agenda.

While the CAPEB welcomes the extension to 4 years of the duration of the 5th period of the EWC system, this development must not be accompanied by changes in the rules of the game during the period, at the risk of reducing the readability of the EWC system and make it insufficiently understandable by the various actors in the field. Thus, CAPEB regrets that new provisions relating to the development of certain “Coups de Pouce” operations are being considered during 2021, as of July 1. This upheaval would create sudden breaks in the understanding of the aid systems for the energy renovation of buildings, both among users and professionals carrying out this work, as well as destabilizing certain sectors.

The “Coup de Pouce” operations have the advantage, in addition to improving the work concerned, of improving the readability of the aid provided by flat-rate the amount of the premium in a uniform manner for the whole of the territory and the obligated. While some of them may have caused the excesses of certain actors to the detriment of the quality of production and compliance with commercial rules with the consequence of the appearance of fraudulent behavior, CAPEB requests that they be extended and that the fight against fraud is intensified.

Jean-Christophe Repon, President of CAPEB, testifies: “Having stable and consistent aid is essential to ensure the success of the Recovery Plan put in place by the Government. We therefore ask that certain “Coups de Pouce” operations be adapted, in consultation with the players concerned, within the framework of the 5th period of the system, by adjusting them to avoid fraud or possible deadweight effects ”.

Following the arrest of the CAPEB in front of the numerous feedbacks of the craft companies highlighting the dysfunctions and aberrations of the device of the energy saving certificates, likely to discourage them from using it, the Minister of Housing had decided to simplify the device. , which has now become extremely complex, with finicky and inappropriate rules. The working group then created within the Interministerial Directorate for Public Transformation (DITP) aimed to draw up an inventory and identify avenues for simplification.

Thus, around fifty proposals were gathered in a report that the DITP submitted to the Minister of Housing, who, after having taken cognizance of it, had undertaken to apply all of these proposals according to an order of priority to be defined together. . CAPEB is now calling on the General Directorate of Ecology and Climate (DGEC) to quickly implement the simplification proposals validated by the Minister of Housing, hand in hand with the players in the sector.

For CAPEB, it is essential that all of these proposals be implemented. It would be incomprehensible for the Directorate General for Energy and Climate (DGEC) to decide otherwise.

"We praised the quality of the work carried out at the end of 2020 and the respect of the initial agenda and we expect this dynamic to continue for this second phase (...) there is an urgent need to simplify and in particular the most sensitive and irritating points for companies. " Jean-Christophe Repon alert.