300 demonstrators in Saint-Brieuc against a wind farm at sea 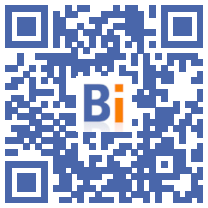 About 300 people, including fishermen and members of environmental associations, gathered Monday morning in front of the Côtes-d'Armor prefecture to protest against an offshore wind farm project whose work was to begin that same day.

"No to the death of artisanal fishing", "Iberdrola, godfather of the wind mafia", "No, wind turbines should not replace fishermen", "No to wind turbines which destroy the sea": under the banners hanging on the railings from the prefecture, empty scallops, which make the bay of Saint-Brieuc so rich and which fishermen fear to see threatened by the construction of the park, were dumped.

The fishermen are calling for the cancellation of this offshore wind farm project, which is scheduled to come into service at the end of 2023. It is being built by the company Ailes Marines, a subsidiary of the Spanish group Iberdrola.

"We must succeed in preventing these parks from invading our coasts", declared in particular the president of the departmental fisheries committee Alain Coudray, who accused the minister of ecological transition, Barbara Pompili: "She wants to eliminate the peach".

Fixed on the seabed, this park is one of the seven allocated by the State since 2012, in the Channel and in the Atlantic, as part of the development of marine renewable energies (RME). It must be erected 16,3 km from the nearest coasts, Cap Fréhel and the fishing port of Erquy, a small seaside resort, two classified sectors.

According to Katherine Poujol, president of the "Gardez les Caps" association, these wind turbines will spill aluminum into the sea every day and "the entire food chain will be contaminated". "The 62 wind turbines in the park each contain 1,3 tonnes of rare earth," rare metals used in the manufacture of high-tech products, she said.

"We have had nothing but lies since the start of this park project", assured Mr. Coudray who has been following the file from the very beginning, in 2007. "Do not let go, dear fishermen," urged MP Marc Le Fur (LR).

In an interview with the daily Le Télégramme, Jonathan Cole, managing director of Iberdrola renewable energies offshore, on the contrary considered that "the fishermen of the bay of Saint-Brieuc have had more impact here than anywhere else". "And I'm not saying that in a negative way (...) We understand that our work can affect the activity. This is also why we compensate the local activity to the tune of 10 million euros. But I am certain that good neighborliness will be possible in the future, ”added Cole.

The fishermen had planned Monday morning to go in front of the ships of the Ailes Marines yard which must start drilling but these ships delayed their entry into action, thus dodging the confrontation.

The maritime prefect of the Atlantic said Monday morning that he planned to deploy several state ships (maritime gendarmerie, national navy and customs) "to support the start of work on the wind farm in the bay of Saint-Brieuc". "The objective is above all to guarantee the safety of navigation, people, goods and the environment", specifies the maritime prefect, in a press release, while a restricted zone at sea has been established "for any the duration of the works ".