3 new companies for the Vertikal network 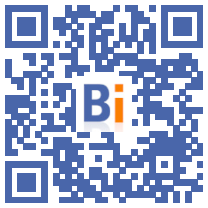 The VERTIKAL network continues its development and announces the opening of 3 new companies in France, as well as the takeover of its Atelier Façades concession by Emmanuel Blanc, working in the center-west of the Gironde.

An expansion that testifies to the strength of co-option within this network specializing in the renovation of facades of individual houses and small collectives, which stands out for the rigor of its concept and the training of its franchisees, always with the aim of offering quality services to its end customers.

With these three new openings, the VERTIKAL network is strengthening its presence in Île-de-France (5 locations), in the Pays-de-la-Loire region (4 locations) and in PACA (3 locations), and brings to 29 the number of its Exclusive Applicators located throughout France.

For Christian Badia, Founder of VERTIKAL: “Two of these three new openings are the result of cooptation within the network itself. The VERTIKAL concept, its rigor and the quality of the support we provide to our franchisees, lead our Exclusive Applicators to recommend that those around them join us. Also, the strength of VERTIKAL goes through our training/retraining program. It allows everyone, regardless of the sector of activity from which they come, to have the ambition to succeed as a VERTIKAL Applicator. »

In Gironde, the company Atelier Façades has just been taken over by Emmanuel Blanc, a former company manager in home renovation now converted into the renovation of facades of individual houses and small collectives, working in the center-west of the department of the Gironde.