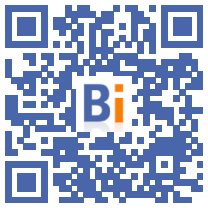 The final figure, which will be known in January, will be even higher because contracts concluded in December will continue to be transmitted at the beginning of next year.

This increase had been more than 42% in 2020, with in the end 525.600 contracts identified for the private and public sectors.

If the progression in 2021 concerns all levels of diploma, it is stronger in higher education, and particularly for levels above bac+3 (Master).

This development in higher education has raised reservations from the Court of Auditors in a note published on Tuesday.

Most of the new places created have benefited pupils capable of following a long course and have benefited little from vulnerable groups", notes the Court, for whom this choice only improves "marginally integration into the labor market. work of the most qualified young people, which is already good".

On the contrary, we defend the ministry, "this corresponds to a real professionalization of higher education". Apprenticeship is developing "strongly in the tertiary sector (accounting, management, human resources, communication, etc.), a sector where it is important that training is directly linked to the business world", underlines- we.

"In addition, it improves the image of learning that it is open to all levels of diplomas", we add.

The increase in contracts is explained in particular by the 2018 reform, which liberalized apprenticeship both in terms of entry conditions and the training offer.

But it was also boosted by the exceptional aid decided during the crisis and extended until June 30, 2022.