2021, a record year for old real estate but to the detriment of the most fragile households 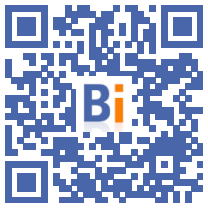 In 2021, old real estate in France reached a “record” year but potentially at the risk of “eliminating the most modest people” from the market, according to the Century 21 real estate agency network.

Indeed, the price per square meter continues to climb and even reached in the third quarter 2.355 euros (+ 7,4%) nationally for houses and 3.878 euros (+ 5,3%) for apartments. according to INSEE and notaries.

This upward trend, particularly strong in Nouvelle-Aquitaine for houses (+ 13,2%) and in Brittany for apartments (+ 21,4%), which usually left certain regions behind in this year concerned the whole of France. Laurent Vimont, President of Century 21, also confirmed at a press conference that "prices have increased everywhere in France".

The tension on the market would be at the origin of this record price increase in 2021 and is explained because, after a decline of 4% in 2020 due to the pandemic, the number of transactions has caught up with its delay, in particular thanks to the rates. low borrowing.

After being locked up at home several times with confinements, the French have apparently chosen to buy larger homes while investors have preferred to turn to stone, considered a safe bet in a period of uncertain health .

According to notaries, the number of apartment and house purchases in 2021 is expected to return to its 2019 record level, at around 1,7 million.

The number of old housing remains limited on the market

According to Century 21, however, this price increase poses a problem: it "begins to destabilize households with the lowest incomes and the youngest categories".

Young people or households with the lowest incomes "have no other choice than to reduce the surface areas or to buy further away" from the big cities, assures Laurent Vimont in the face of the decline of these categories in purchases, particularly on the Island. -of France.

In the second half of 2021, after an increase, the personal contribution needed to buy real estate was 32.153 euros on average for an average loan of 247.499 euros.

Any further increase in this context "of borrowing rates will frighten the share of solvent households" worries Laurent Vimont.

The risk of seeing investors turning away from the market will potentially increase with the ban from 2025 on renting housing considered to be "thermal sieves".

The share of acquisitions intended for rental investment was at its highest in 2021 for the fourth consecutive year, at 30,2%, up 2,7% compared to 2020.