2020, a record year for new renewable energy capacities around the world 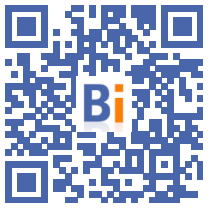 Despite the COVID-19 pandemic, more than 260 GW of additional capacity was put in place across the world in 2020 and their growth has jumped by 50%. IRENA Director General Francesco Camera hailed the advent of the “decade” of renewable energy.

In 2020, new renewable energy capacities exceeded estimates and broke all records, despite the economic slowdown due to the COVID-19 pandemic. According to data released today by the International Renewable Energy Agency (IRENA), more than 260 gigawatts (GW) of renewable energy capacity were put in place last year, representing 50% growth. faster than the one recorded in 2019.

The annual statistics published by IRENA in 2021 on renewable energy capacities show that the latter have increased considerably in relation to the total of new energy production capacities installed for the second year in a row. More than 80% of all new electricity capacity put in place last year uses renewable energy sources. Solar and wind power account for 91% of these new capacities.

The relative growth of renewables is partly explained by the decline, in net terms, in the capacity to generate electricity from fossil fuels in Europe, North America and, for the first time, in Eurasia (Armenia , Azerbaijan, Georgia, Russian Federation and Turkey). In total in 2020, 60 GW of new fossil fuel-based capacity was built, compared to 64 GW the previous year, showing that the decline in the expansion of fossil fuels is continuing.

“What these numbers reveal is a story of resilience and hope. Despite the challenges and uncertainty that hovered over 2020, renewable energies have become a fundamental source of optimism for a better, more equitable, resilient, clean and just future ”said IRENA Director General Francesco La Camera. “The halt that humanity experienced was the occasion for a moment of reflection; it gives us a chance to embark on the path to prosperity without being left behind, and I believe we will take that chance. "

"Despite this trying period, 2020 marks, as we had expected, the advent of the decade of renewable energies", continued Mr. La Camera. “Costs are falling, clean technology markets are developing and never before have the benefits of the energy transition been so obvious. Nothing can stop this trend, but as our "Perspectives for Global Energy Transitions" underlines, there is still a lot to do. Our 1,5 degree perspective shows that massive planned energy investments must be redirected to support the transition, if we are to achieve the goals for 2050. In this crucial decade, the international community must take note of this trend and see it as a positive development. source of inspiration to go further "he concluded.

The increase in installed capacity (10,3%) exceeds long-term projections which predicted more modest growth from one year to the next. At the end of 2020, global power generation capacity from renewable sources stood at 2 GW, with hydropower still taking the lead (799 GW), although solar and wind are quickly catching up. The two variable sources of renewable energy that dominated capacity expansion in 1 are new solar (211 GW) and wind (2020 GW) installations.

China and the United States of America have experienced the most marked market growth, starting in 2020. China, which is already the largest renewable energy market in the world, has grown. with 136 GW of additional capacity last year, mainly wind (72 GW) and solar (49 GW). The United States of America acquired 29 GW of energy capacity from renewable sources last year, an increase 80% faster than in 2019, and split between solar (15 GW) and solar wind power (approx. 14 GW). Africa has continued on the path of steady development: new capacities have emerged on the continent to the tune of 2,6 GW, a little more than in 2019. Oceania has remained the region at the forefront. fastest growing (+ 18,4%), although it represents only a small fraction of global capacity and almost all of this expansion has taken place in Australia.