110.000 beneficiaries of the youth employment contract in three months 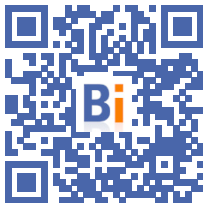 About 110.000 young people far from employment have signed a Youth Engagement Contract (CEJ) since its launch in early March, according to Pôle emploi and the Local Missions.

With a duration of six months to one year (exceptionally extendable up to 18 months), the CEJ took over from the Youth Guarantee, created during the Holland five-year term.

But where the Youth Guarantee offered intensive support, especially the first four to six weeks of the course, the CEJ must maintain this intensity from start to finish, with 15 to 20 hours of activity per week.

Company immersions, job search workshops, training, participation in job dating... the activities are aimed at returning to work. To avoid breaks in the course, the CEJ continues if the young person enters a second chance school, in local establishments for integration into employment (Epide), in civic service, etc.

It is aimed at young people aged 16 to 25 (29 in the event of a disability) "who are not students, are not undergoing training and who encounter difficulties in accessing long-term employment, assessed with regard to the situation of the young person, in particular the nature of the employment contract and his work quota".

If they do not already earn more through unemployment benefit, adults can benefit from an allowance of 300 to 500 euros depending on their tax situation. Minors receive 200 euros.

While the Youth Guarantee was only operated by the local missions, the CEJ can also be offered for adults by Pôle emploi, which has dedicated 1.660 advisers who can each support a maximum of 30 young people.

Within the Local Missions, the beneficiaries are younger (73% are under 21) and more than half have no diploma, which corresponds to the target group of young people with little or no qualifications.

At Pôle emploi, 30% receive more than 500 euros in unemployment benefit per month, which indicates that their entry into the CEJ was not motivated by financial reasons but by the prospect of stronger support.

The young person must commit to participating in all the planned actions. Otherwise, he is exposed to penalties that may lead to exclusion from the scheme.

The CEJ wants to be "an open right" without limits, but the government estimated when it was launched that it could concern 4 to 500.000 young people per year.